Can I Work Apple Music on Galaxy S8? Yes!

Sometimes users complain that Apple music is not compatible with Galaxy S8. As a newly launched Samsung mobile phone, Galaxy S8 prides itself on the unique feature in the pioneering Infinity Screen and thus rapidly receives extensive popularity among the public. Soon though, users poorly find that they have met some trouble playing Apple Music on Samsung Galaxy S8.

Normally Apple music is especially DRM-encrypted so that it is only playable on Apple device and software. That’s the way it uses to protect digital content. But considering other users’ need, it also allows Android smartphone with Android 4.3 or later to listen to Apple Music by installing the app. That is, Galaxy S8 with Android 7.0 can get the playback access by directly downloading Apple music App for Android. But sometimes the apple music application still will not work on Samsung Galaxy S8 or it will run slowly and even lag other procedures.

Thinking differently, we instead can transform the DRM-protected Apple music and stream them to Galaxy S8. From this point of view, we need the powerful engagement of a third party software to bypass the DRM. Next, you will be generously introduced how to stream Apple Music to Galaxy S8.

How to Stream DRM-free Apple Music to Galaxy S8

Apple Music Converter for years has delved into the DRM removing career plus extra music conversion. Once DRM is removed, you can convert the apple music to either format that supports your cute Galaxy S8. An exquisite design of this software lies in the lossless conversion at a 16X faster speed, so the whole process won’t do much quality damage and time waste. The song info such as song titles and artists will also be perfectly preserved for your closer watch on Galaxy S8. In this sense, you can get the full control of the songs and easily stream Apple music to Galaxy S8.

In the following is the whole operation of Apple Music Converter steps by steps. You can have a detailed look here.

Apple music converter works on both Windows and Mac. After a complete installation, run it and sync your iTunes account and playlist. 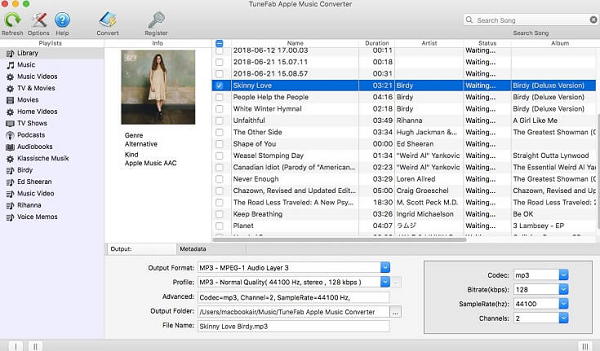 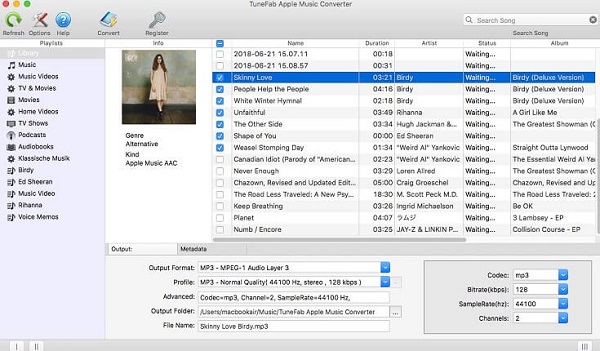 The Library or the Search box will lead you to your favorite apple songs. Since Apple Music Converter supports batch conversion, you can choose as many songs as possible in one time. If you want to see the songs in certain order, just pay attention to the selection sequence.

Come to the output settings area at the bottom right. Click “Output Format” and choose one desired format like MP3. The “Output Folder” in the third box will be better pre-determined for sake of afterward search work.

Click “Convert” button on the top right, and you will immediately get the converted Apple music.

Go to the designated output file and then start to stream converted Apple music to Galaxy S8. You can directly use the cable line to transfer the songs to Galaxy S8. In the end, you can do a good job to listen to apple songs on Galaxy S8.